Finnish aerial lift manufacturer Dinolift and its Finnish distributor Rotator have celebrated 40 years of working together with a donation to the University of Turku for an investment in engineering courses.

In the late 1970s the market for drainage machines in Finland was declining and Dinolift, then named Kurpan Konepaja, started the production of aerial work platforms under the Dino brand, at the same time as Rotator was looking for new business opportunities. The co-operation between the two companies began. The donation will support the development of battery technology at the University of Turku in south western Finland, and expand its range of courses with master’s degree programmes in mechanical engineering and material technology.

Dinolift commercial director Veli-Matti Savo said: “Dinolift wants to support the University of Turku in its role to increase the vitality and attractiveness of the region by donating €4,000 to create a new professorship of battery technology. Our strategic goal is to be the world’s best manufacturer of lightweight aerial work platforms and we will need lots of expertise and new knowledge in developing further our product family.”

Turku Science Park director and University of Turku professor Mika Hannula added: “Dinolift’s donation is great evidence of the strong willingness of the companies in the Turku business region to further strengthen the research and education of engineering.” 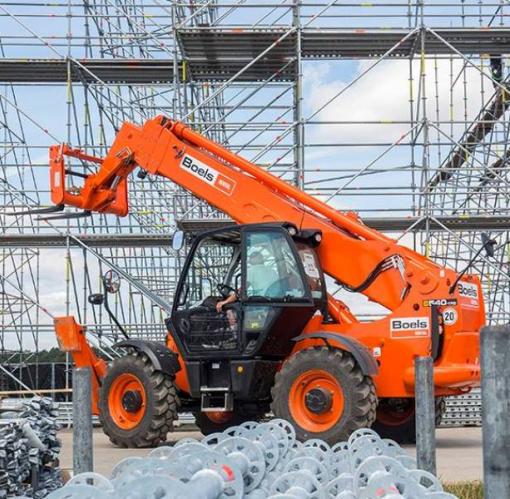 Boels has launched a €1.61 billion covenanted term loan to finance the acquisition of Cramo, and refinance its debt 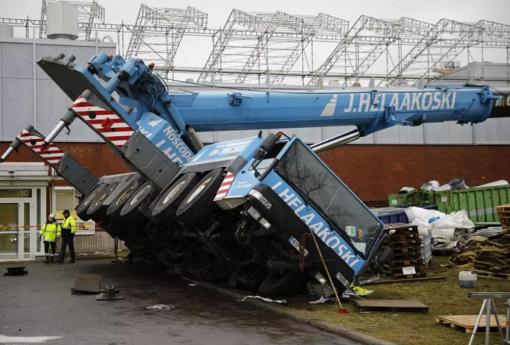 A six axle All Terrain crane overturned in Espoo, Finland yesterday when the ground gave way beneath its outriggers.

Weighing in on the power market

Huisman has teamed up with Gravitricity to install a prototype gravity based power generation device.

Spotted in Manchester, UK, a crane working in the street with little regard to traffic

Skyjack has increased its presence in Asia with a new location and larger team in South Korea.