France’s leading crane and access rental company Mediaco has acquired Chieusse Levage, a regional operator in the south of France, from the Chieusse family.

The family established the company in 1975 as Les Arcs Levage, changing the name as it began expanding to other locations. It currently runs a fleet of 37 machines, including 14 mobile cranes ranging from 30 to 130 tonnes, from four locations, three in the Var - Les Arcs, Fréjus and Grimaud - and on Nice on the Côte d'Azur. Revenues in 2018 were €2.55 million.

Mediaco will take over the business next week with the three branches in Var becoming Mediaco Centre Var from Tuesday, its fleet will also be topped up with four new cranes, including a 60, 90 and 200 tonne All Terrains plus a Liebherr MK110 self-erecting mobile tower crane. The Var business will continue to be managed by Paul Chieusse.

The Nice branch will be merged with Mediaco Côte d'Azur all employees will be transferred to the Mediaco group,

Mediaco said: “This merger allows the group to strengthen its network of agencies and its presence in the Gulf of Saint-Tropez and the VAR and demonstrates the group's determination, and willingness to grow and reinforces Mediaco's leading position in France and in the Southern region.” 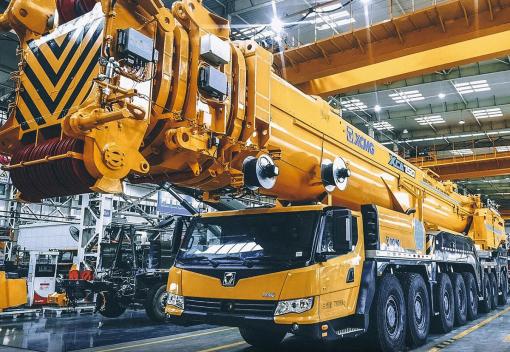